Contracting parties of a public construction contract can foresee how a type of uncertainty could be removed by agreeing on a specific consequence for a breach. They can address this by incorporating, inter alia a “Liquidated Damages Clause” to that outcome. Liquidated damage is a fixed sum agreed by the parties in their contract as a value of the damages that one party can claim against the other, without the need to prove that sustained damage when they enter into a contract. But, whether liquidated damage is a contractual or legal remedy; whether liquidated damage and penalty are similar and interchangeable or different in concept; can an employer seek liquidation damages together with other available general remedies after canceling such contract; and who, contracting parties or a government, in the agreement or by law, can figure out the amount of liquidated damages and its calculation mechanism are an unsolved conundrum in Ethiopian pertaining laws and its application in courts thereof. To write this article, a qualitative research design was preferred due to its suitability for addressing the research questions of this article and its high level of flexibility; relevant data has been collected under an “umbrella” of qualitative data collection techniques, mainly involving document reviewing and interviews. Both doctrinal and empirical approaches were simultaneously utilized. The finding indicates that liquidated damages are a contract-based remedy, not a legal remedy; penalty and liquidated damages are not similar concepts. Because the penalty is a payment of money stipulated as “in terrorem” of the offending party while liquidated damage is a pre-agreed sum payable as damages for a party's breach of such contract. However, The Federal Public Procurement Directive, 2010 and courts in Ethiopia have assimilated liquidated damages with penalty vaguely; in principle liquidated damages is an exhaustive remedy but parties, based on unique features of any single construction project, can agree otherwise.; and they are contracting parties through their contract, not a government by law who measures liquidated damages. Courts in Ethiopia are recommended to have common sympathetic about liquidated damages, and pertaining laws should be amended.

How to Cite
Yenew B. (2022). Position of Liquated Damages as a Remedy for Breach of Public Construction Contract in Ethiopia: The Law and Practice. Jimma University Journal of Law, 14, 23-49. Retrieved from https://journals.ju.edu.et/index.php/jlaw/article/view/4321
Issue
Vol 14 (2022): Volume 14
Section
Articles
Open Journal Systems
Information 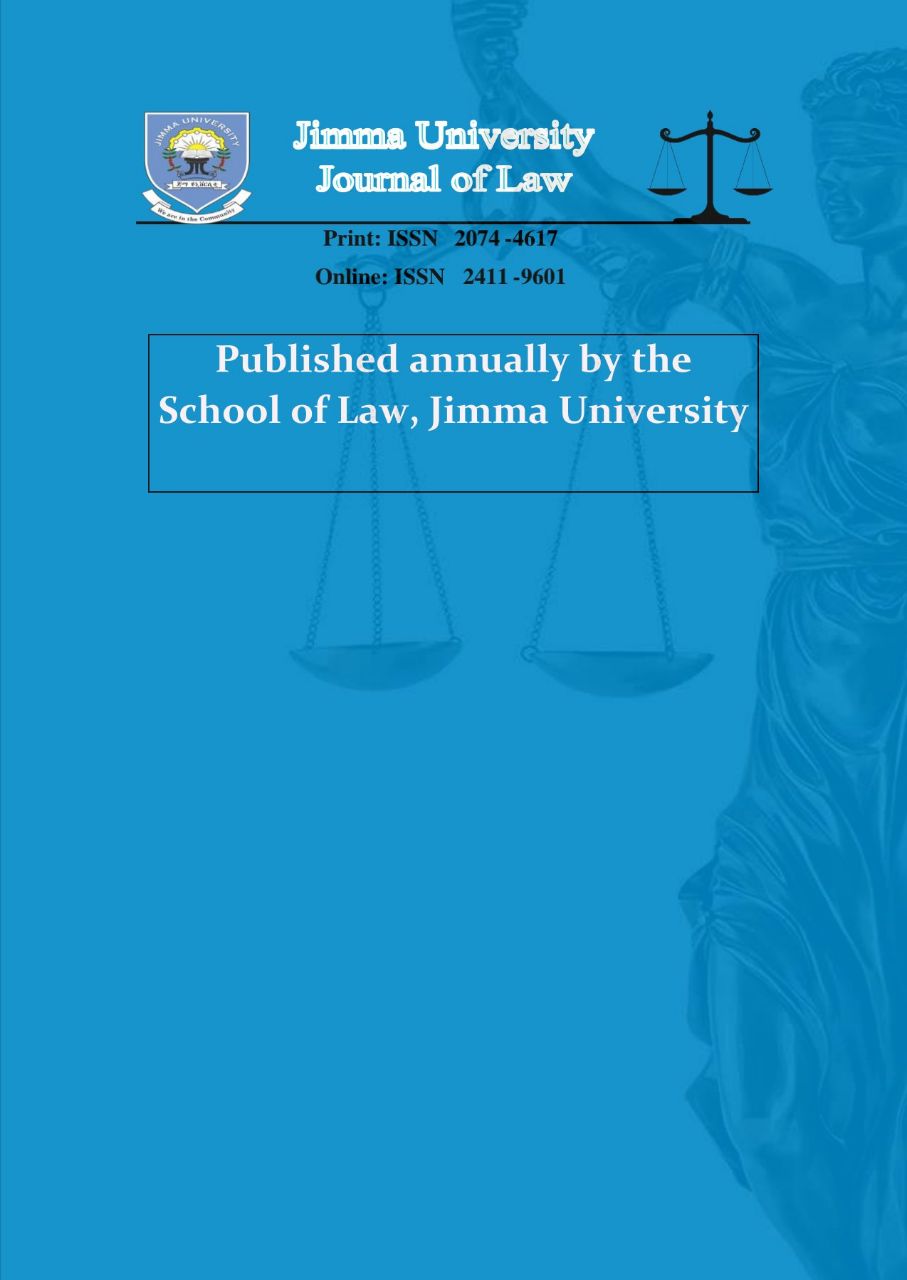 Jimma University Journal of Law(JUJL) is one of the oldest journals published by Jimma University. The journal focuses on legal issues and its scope extends from Ethiopian upto internaional law issues.